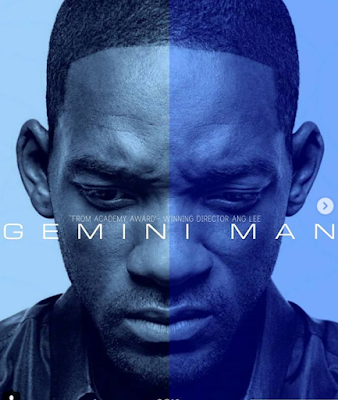 Filming has officially begun on the Ang Lee directed sci-fi thriller Gemini Man, with Will Smith leading the cast as an aging hitman who faces his greatest enemy: himself (sorta). The two-time Oscar winning director Lee has never been content to stick with one genre, nor has he ever been lacking for ambition as a storyteller. Following his venture into 3D with Life of Pi and his use of ultra high frame rate visuals for Billy Lynn's Long Halftime Walk, Lee will be tackling a different sort of technical challenge altogether in order to bring multiple Will Smiths to life onscreen - but more on that shortly.

Gemini Man is a project that has been bouncing around Hollywood since 1997, with names  ranging from Game of Thrones co-showrunner David Benioff to Gattaca & The Truman Show screenwriter Andrew Niccol having taken a stab at the screenplay at some point. Lee will be shooting from a Gemini Man script draft written by Stephen J. Rivele & Christopher Wilkinson, whose previous credits include the memoirs Miles Ahead & Pawn Sacrifice, as well as Smith's Muhammad Ali biopic Ali. Based on the caliber of the creatives here, Gemini Man should amount to much more than just another disposable futuristic action thrill ride.

As further evidence of the project's bonafides, Paramount Pictures & Skydance have confirmed that Gemini Man is now officially in production with a cast that includes the previously reported Mary Elizabeth Winstead, Clive Owen, along with Doctor Strange and Annihilation actor Benedict Wong.

Here is the official synopsis for the movie:
Gemini Man is an innovative action-thriller starring Will Smith as Henry Brogan, an elite assassin, who is suddenly targeted & pursued by a mysterious young operative that seemingly can predict his every move.

The key non-spoiler detail that the synopsis leaves out is that this "mysterious young operative" is actually Henry Brogan's 25 years younger clone. Smith will thus undergo the CGI de-aging process,  in order to portray his younger self in the film. Such technology was but a glimmer in the eye of producers when Gemini Man was first pitched over twenty years ago. Now, however, the digital de-aging process is commonplace and used to do everything from transforming Michael Douglas to his 1980s self to turning Dwayne Johnson into a singing, overweight, high schooler.

CGI de-aging not only has a habit of producing wonky results (again, see the de-aged Dwayne Johnson) but also being rather expensive, and is reportedly responsible for the ballooning budget of Martin Scorsese's upcoming gangster epic The Irishman. Lee does love a good technical challenge though, and is anyone can pull off the digital magic trick required to make Gemini Man fly, it's him. Moreover, the meta-aspect of the whole thing (Smith literally battling his own legacy) should lend the film more substance than the average hitman action flick.