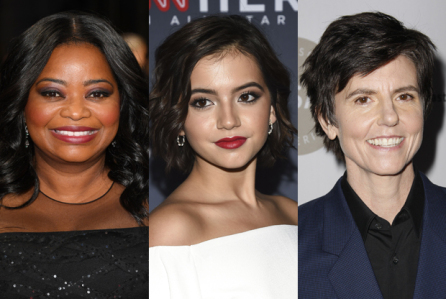 Octavia Spencer, vying for her second Oscar this year with a nomination for her performance in The Shape of Water, is on board for Paramount’s Instant Family, along with rising star Isabela Moner (Transformers: The Last Knight) and comedian Tig Notaro. Mark Wahlberg and Rose Byrne star in the film directed by Daddy’s Home helmer Sean Anders from a script he wrote with John Morris.

It follows a couple who decide to adopt through the foster-care system and find themselves in over their heads raising three wild kids. Moner will play Lizzy, who is adopted from foster care by Pete and Ellie (Wahlberg and Byrne), while Spencer and Notaro will play social workers. Tom Segura has also joined the cast as Russ, Ellie’s brother-in-law, as well as Iliza Shlesinger, Julianna Gamiz and Gustavo Quiroz. The latter two will play the other adopted kids.