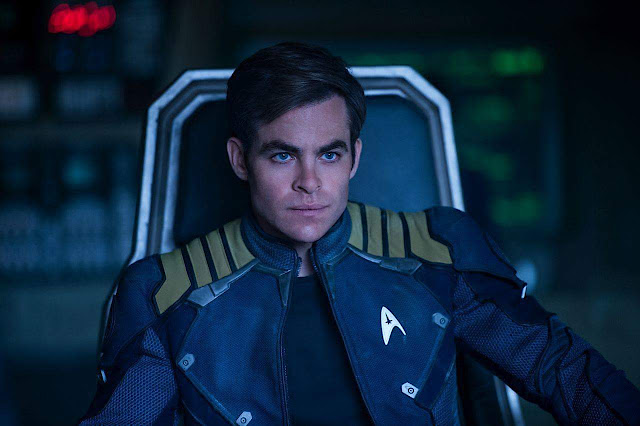 While there are those who feel that Paramount’s rebooted Star Trek film franchise is not entirely dependent on Chris Pine, you have to admit that it just wouldn’t be the same without him. As the beating heart of the series, we’d be pretty surprised if the studio made a fourth installment without the actor, but that’s now the prospect that they’re facing seeing as he’s walked away from the project due to a salary dispute.

Ditto for Chris Hemsworth, who joined his fellow Chris in departing the next Trek film after Paramount refused to pay the actors what they’d previously agreed upon. That’s not to say things have ground to a halt, though; the studio’s clearly still exploring a possible fourth outing in the Kelvin timeline, they’re just not ready to share any firm details about what comes next for the USS Enterprise crew.

And while it remains to be seen what happens with the Chrises, if you ask the original Captain Kirk, Pine’s doing the right thing by holding out until he gets what he wants. Speaking to TrekMovie.com, here’s what Williams Shatner had to say about the whole thing:

"Chris is in a wonderful position in that he is so good and such a leading man, that he has many opportunities to explore without being Captain Kirk. So he is in a really good negotiating position. I think he’s doing the right thing in terms of getting more money, as the movies seem to be making a lot of money."

Frankly, Shatner’s right. Even though Beyond wasn’t a massive hit at the box office, $343 million worldwide isn’t anything to scoff at and arguably, interest in the franchise is higher right now than it was back in 2016, thanks to Discovery, the newly announced series for Patrick Stewart and Tarantino’s in-development Trek project. As such, we imagine a fourth installment in the Kelvin timeline would perform pretty well.

So, with that in mind, hopefully Pine will be able to work something out with Paramount so that Star Trek 4 can move forward with Captain Kirk on board the Enterprise. And even if it can’t, there are many who believe that the film doesn’t need the actor to be successful. In fact, just recently, producer Adi Shankar offered up the following:

"Losing Pine and Kirk is not a big deal and kind of cool. Actors don’t matter, stories do. This is the universe presenting an opportunity to do something different and boldly go where no suits have gone before."