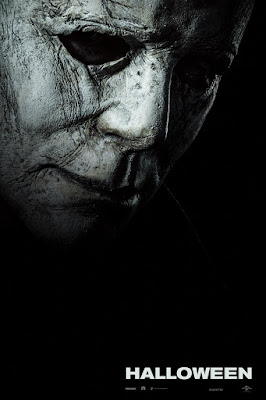 Director John Carpenter recently teased that the new David Gordon Green-helmed Halloween is the best of the series since the 1978 original, & based on the early reviews for the production, he may even be right.

At the time of writing, Rotten Tomatoes currently has the percentage of positive reviews for the film at a very impressive 93%, based on the opinions of 14 critics. With the exception of a lone ‘rotten’ review from Business Insider, the critics seem largely in agreement that Green has managed to deliver a modern update of the long-running slasher series that does the property justice.

Just a couple of weeks ago, the film’s co-writer Danny McBride expressed his hope that the movie doesn’t ruin too many childhoods, & while critical acclaim & fan adulation don’t always come hand in hand, this early response to the flick’s Toronto International Film Festival premiere is about as good a forecast as we could hope for.

That being said, it’s still worth noting that the most passionate devotees of this decades-spanning horror saga may not share the media’s taste, seeing how the critical consensus has been mixed-to-negative on every other Halloween release since the first film. Many fans of the sequels were also disappointed to hear that the new movie would be disregarding every installment in the series timeline save for the 1978 original. Nonetheless, it’s a move that star Jamie Lee Curtis continues to defend, and apparently didn’t bother the critics too much, either.

Overall, things are looking pretty good for the upcoming Halloween, but you can decide for yourself whether Michael Myers’ long-awaited return was worth all the fuss when the film hits US cinemas on October 19th.