Will Thanos And The Black Order Show Up In Captain Marvel? 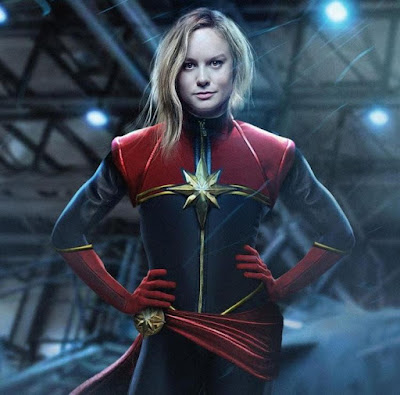 The genocidal conclusion of Avengers: Infinity War left Earth’s Mightiest Heroes with a real mess on their hands, but in a moment of last-minute resourcefulness, Nick Fury’s final act before turning into dust was to invite the star of next year’s Captain Marvel into the fray.

It seems like a strategically sound move on Fury’s part, given Marvel Studios president Kevin Feige’s claim that Carol Danvers will be the most powerful character of the MCU thus far, but could there be more to this eleventh hour decision than meets the eye?

That’s what YouTuber Ryan Walsh is suggesting with his new video on the Webhead channel. According to Walsh, Captain Marvel may also be a useful addition to the fight against Thanos because this isn’t the first time the formidable pair have crossed paths, and while it’s largely speculation at this point, there is some noteworthy evidence to back up this theory.

For one thing, there’s the Infinity War Easter egg spotted earlier this year, with Cull Obsidian seen sporting a fabric strikingly similar to the costume of Captain Marvel. That being said, if Carol’s previously battled with Cull and his Black Order associates, it’s apparent that she came away from that conflict alive, implying that Cull could be wearing this material in remembrance of a different but ultimately victorious fight with someone who happened to be dressed very similarly.

Could it be that this supposed Easter egg foreshadows the death of Jude Law’s character Mar-Vell? As Walsh points out, Thanos has been known to clash with Mar-Vell in the comics on multiple occasions. What’s more, the death of Carol’s mentor would certainly up the emotional stakes for our hero, while serving as a loss that she may need a few films to recover from. Lastly, if you want something a little more concrete, the upcoming movie will also see the return of Korath & Ronan of Guardians of the Galaxy fame, placing Carol at most 1 degree of separation away from the Mad Titan himself.

You can decide for yourself whether this all sounds plausible or a bit of a stretch, but with Captain Marvel set to transition into the events of Avengers 4, it’s a safe bet that the highly anticipated flick will find some way of foreshadowing the universe-wide devastation that Carol will have to contend with.