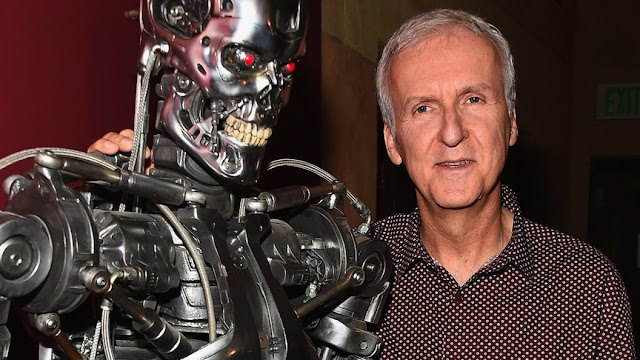 Ever since Paramount Pictures and Skydance pulled together to announce a new rendition of The Terminator, subsequently placing erstwhile Deadpool director Tim Miller in the driving seat, the question on everyone’s lips has been whether Arnold would return for more.

After all, the Austrian Oak distanced himself from the franchise – and understandably so – following the woeful Genisys, even going so far as to suggest that his days waging war against Skynet were long behind him. That was a few months ago, when NY Daily News reported that The Terminator and Schwarzenegger had effectively gone their separate ways after the studio pulled the plug on its planned Genisys trilogy.

Four weeks later, however, and Schwarzenegger’s involvement looked to be back on the cards, after the Hollywood veteran uttered that signature catchphrase to confirm that, yes, his towering android will have a role to play in The Terminator. The sequel is expected to head into production next year, with Arnie on board, and as we all know, he’s not the only one returning for another round, either, as the actor will be joined by James Cameron.

After stepping away from the franchise for a while, Cameron is back in a producing capacity & when asked in a recent interview what made him decide to re-visit the iconic sci-fi series, here’s what he said:

“I got out of the Terminator business after Terminator 2 because I didn’t control the underlying IP [intellectual property]. I had sold it off very early on when I was nobody, not a director, nothing, and I was just thrilled to be working on a movie. When I became aware of the fact that I could get back into a control position on the rights, then I started to ask myself, artistically, is there anything there? Is there anything to be said that I haven’t already said, and that would even be relevant in the 2020s (when these hypothetical films would come out)? I thought, ‘Well, let’s look at that."

Continuing on, Cameron explained that as he explored the themes a little bit deeper, he realized that a lot of them were more relevant now than ever before.

“I mean, a lot of the things that were science fiction in Terminator are now around us,” he said. “You know, from predator drones… and actual discussions on the ethics on having a robot have its own kill decision possibilities, things like that; it’s actually happening. So, ‘Okay, maybe there is room for a film that examines these themes.’ It just has to be retooled for an audiences’ expectations from now.”

Makes sense, right? In terms of when we can expect to see Cameron’s new vision for the property come to life, well, if Schwarzenegger is to be believed, The Terminator will start shooting in the spring ahead of a potential release in 2019. Not only that, but it may very well herald the beginning of an all-new trilogy from Paramount and the folks at
Skydance, too.