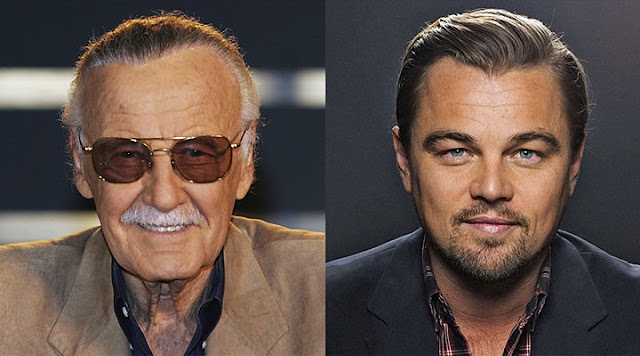 Stan Lee is one of the most recognizable faces in the comic book genre, thanks to his many cameo appearances in film and television adaptations of various works. He’s currently 94, and first entered the comic book industry 77 years ago, at the age of 17. Through family connections, he went to work for Timely Comics in 1939 – a small organization that would eventually evolve into Marvel.

During his career – in addition to occasional stints working on various established DC titles – he collaborated regularly with Marvel colleague Jack Kirby and others to create Spider-Man, Iron Man, Hulk, Thor, Fantastic Four, X-Men, Daredevil and Doctor Strange, to name just a few. He also led the charge against the Comics Code Authority, which sought to censor comic book content, and was instrumental in transforming Marvel Comics from a small publishing operation into a vast multimedia corporation of international renown.

Stan Lee was arguably one of the biggest influences in pop culture of the 20th century, and that impact continues into the new millennium. This being the case, any screen adaptation of his life could hardly be undertaken as a standard biopic. Likewise, finding the right actor to play him would certainly be tough, but one A-lister has already expressed his interest: Leonardo DiCaprio.

Speaking at a panel at HasCon, Lee himself revealed the news when asked who he’d like to see portray him in a movie about his life.

“Believe it or not, I’ve already discussed it with Leonardo DiCaprio. He’s a neighbor of mine and we were talking one day some months ago, and he said, ‘Boy it’d be fun to do your story on the screen.’” So I said, ‘Well, I’ll audition you.’ Gotta make sure the guy can do it.”

Not only is Leo interested in playing the comic book legend, but according to Lee, he’s also a big Marvel fan.

“Leo has all the walls covered with big Marvel posters and everything. He’s got very good taste. “

Now, just because there’s interest from both men, that doesn’t mean this will come to fruition. That being said, there is a project in development which will be about Stan Lee, but it’s not a traditional biopic. Rather, it’s been described as an action-adventure movie set in the 70s. Presumably, what DiCaprio would be interested in is a proper biopic, and that’s where we’d like to see him show up, too.

Again, there’s nothing to say that anything will come of this, but you’ve gotta believe that someone will eventually make a real biopic out of Stan Lee‘s life one day, given how interesting and iconic he is, and if The Wolf of Wall Street star is still interested at that point, the studio (whichever one ends up backing the project) would be wise to rope him in.