Leaked Plot Claim James Bond Will Get Married in Next Film 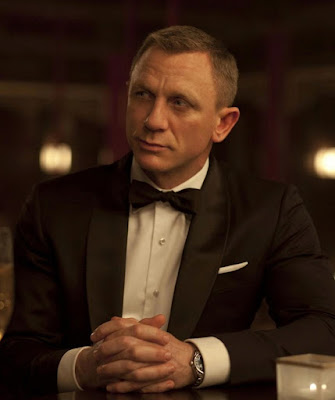 Wedding bells for 007? New plot details for the next James Bond film have reportedly been revealed, and it will see the iconic spy turning his back on the secret service to follow his heart.

Bond 25, which is set for release in 2019, will reportedly see the secret agent leaving MI6 to marry a mystery woman that he has fallen in love with.

“Bond quits the secret service, and he’s in love and gets married”, a source told The New York Times’ Page Six column.

But marital bliss doesn’t last for too long, and Bond returns to M16 action once more after his wife is killed in suspicious circumstances.

The Bond team are yet to officially comment on the latest plot rumours, but it comes after Daniel Craig’s involvement was finally confirmed in August after months of speculation about his future with the spy franchise.


“I have been quite cagey about it. I have been doing interviews all day and people have been asking me and I think I’ve been rather coy. But kind of felt like if I was going to speak the truth I should speak truth to you”, he confirmed to Stephen Colbert.

It's also been confirmed that the next Bond film will be released on November 8, 2019, written by Neal Purvis and Robert Wade and produced by Michael G. Wilson and Barbara Broccoli.