Joel Kinnaman Gives Us an Update on the "Suicide Squad" Sequel 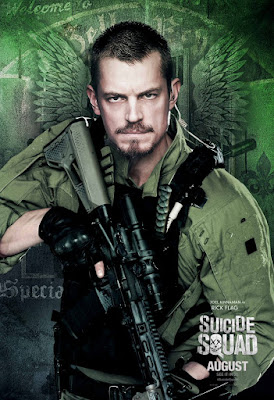 The future of the big screen DC Comics universe is looking brighter than ever following the massive box office debut of Patty Jenkins’ "Wonder Woman." Now, The Hollywood Reporter has a brief update on the status of the next Suicide Squad film through an interview with star Joel Kinnaman.

“As far as I know they’re writing the script and I think the plan is to shoot it sometime in 2018,” says the House of Cards actor, “but that could change. I think I’ll definitely come back for it.”


Although reports earlier this year suggested names like Ruben Fleischer, Mel Gibson, Jonathan Levine or Daniel Espinosa could potentially take the director’s chair, Kinnaman confirms that the next Suicide Squad movie is currently without a helmer.

“Ultimately, I’d love for David Ayer to direct it,” Kinnaman continues, “but if he doesn’t want to direct it, then [it should be] someone who is great with character and that’s able to ground the story and maybe put these characters in a more normal situation. It would be really interesting to see these crazy characters interact with regular people as well.”

Adam Cozad (The Legend of Tarzan, Jack Ryan: Shadow Recruit) was recently brought aboard to pen the screenplay for the next Suicide Squad.