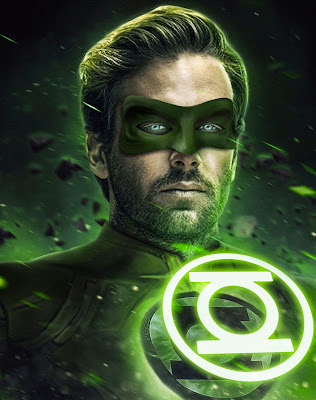 It’s hard to believe that a decade has already flown by since Armie Hammer was cast as Batman in George Miller’s ill-fated Justice League Mortal. It’s also quite surprising that in the time since Warner Bros. made their first major attempt at bringing DC’s premier superhero team to the silver screen (it was ultimately killed by the writers’ strike, among other factors).

That said, we can’t help but revisit the ongoing saga involving him & Green Lantern Corps, a project many fans are hoping will redeem the character. Truth be told, Hammer was never actually involved in the long gestating film, but a beast was created when DC head honcho Geoff Johns followed the actor on Twitter, thus causing folks to speculate & wish.

Still, it didn’t help that Hammer played along, effectively trolling fans for some time before growing tired of it upon his realization that he was feeding the monster. With that, we thought this had been wrapped up, but then Dwayne Johnson, Black Adam himself, fanned the flames when he told us exclusively that he’d like to see Hammer play opposite as him in the role of Shazam.

While that doesn’t seem likely to pan out because Hammer seemingly has no familiarity with Billy Batson, Screen Rant couldn’t help but ask him to make a choice in a recent interview, to which the actor replied:

Regardless of whether or not Hammer sits out both Green Lantern Corps and Shazam, we certainly hope that he seriously considers the genre because, as fans of it, we’d love to have him.