The Intense Heroism of Chadwick Boseman 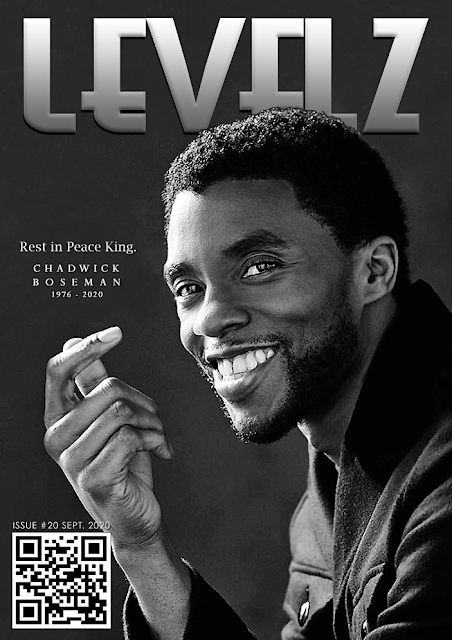 Almost as shocking as the news of Chadwick Boseman passing away, was the revelation that the actor had spent the past 4 years battling colon cancer. This timeline means that he was diagnosed in 2016, the year that he debuted as King T’Challa in Marvel’s Captain America: Civil War. And it means that after his diagnosis, Boseman filmed and appeared in Marshall, Black Panther, 2 more Avengers movies, 21 Bridges, Spike Lee’s Da 5 Bloods & the upcoming film Black Bottom. This output is immense coming from an actor who had been making major Hollywood films for only 2 years before his big Marvel break. A superstar run that seems all the more miraculous in light of the knowledge that he pulled it off while quietly undergoing surgeries & rounds of chemotherapy.

Given his stature today, it may be surprising to recall that Boseman didn’t land a significant movie role until he was in his mid-30s. A graduate of Howard University and the British American Drama Academy, he mostly appeared in one-off parts on television until he was cast as the baseball legend Jackie Robinson in the 2013 biopic 42. The only other person who had played Robinson in a movie before was Robinson himself, and yet here was a virtual unknown taking on the part with confidence and grace. So much of the film, directed by Brian Helgeland, deals with Robinson’s struggle to control his anger as he’s subjected to racist abuse by fans and players, and Boseman’s performance simmers with heroic restraint. 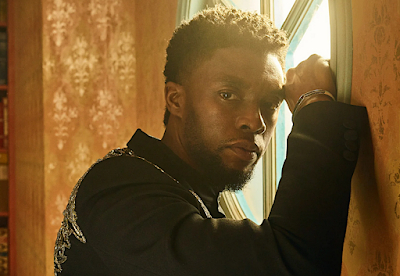 From there, he was cast in two more biopics, playing two other Black Americans of colossal historical importance: James Brown in Get On Up (2014) and Thurgood Marshall in Marshall (2017). The actor’s work as Brown is particularly astonishing; Boseman captures all of the singer’s live-wire onstage energy, doing all of his own dancing and some of his singing. Perhaps the biggest achievement is how the performance felt a million miles away from his work as Robinson. Boseman played one of the 20th century’s most famous athletes and one of its greatest singers within a single year, and had given two performances that could not have been more different.

This versatility and talent made an entire industry take notice. When Boseman was promoting Get On Up, he got a call from Marvel Studios—they were preparing to introduce the character of Black Panther into their successful cinematic universe, and there was only one person they wanted. “You hear people say this all the time … but he was the only choice,” Marvel producer Kevin Feige later said in an interview. Black Panther, the king of the fictional African nation of Wakanda, was the first African superhero in American comics, a milestone figure created in the 1960s. But Boseman’s performance in four Marvel movies vaulted the character to total global celebrity. 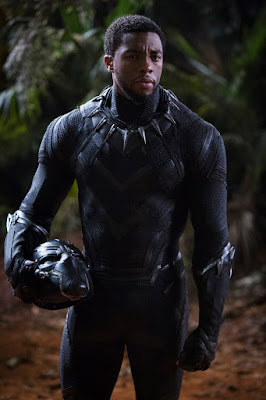 Black Panther was a staggering cultural phenomenon when it arrived in 2018, the fourth-highest-grossing movie in domestic box-office history. And though Ryan Coogler’s film is filled with visual invention, dense world-building, and memorable supporting turns, it’s rooted in Boseman’s gravitas, in his ability to project authority and power. T’Challa is a purposefully idealized figure, a sensitive and just warrior who struggles courageously with the burden of leading an entire nation. The movie wouldn’t work without the innate humanity he gives T’Challa, even as he bounds into battle in a high-tech suit.

Boseman’s history of playing beloved, revolutionary figures shaped the way audiences and other directors saw him. When Spike Lee was making his latest film, Da 5 Bloods, he centered the plot on a Black soldier who had died in the Vietnam War: Stormin’ Norman, a wise squad leader whose compatriots try to recover his body many years later. Lee was adapting an original script that depicted Norman as still being alive, carrying out raids deep in the jungles, but he decided that the character made more sense as a deceased, romanticized figure—a tragic loss from a bleak era in American history. “Here’s the thing for me. This character is heroic; he’s a superhero. Who do we cast? We cast Jackie Robinson, James Brown, Thurgood Marshall, and we cast T’Challa!” Lee told me in an interview earlier this year. “Chad is a superhero! That character is Christlike … there’s light from heaven coming down from above on him.” 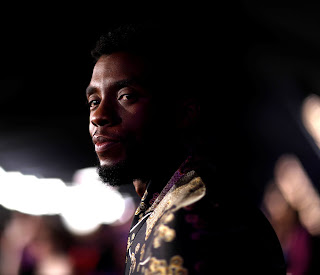 Da 5 Bloods is just one of the many movies Boseman filmed while suffering from colon cancer, and it must have been an unimaginable effort for him, like the rest. The actor’s screen presence is as transfixing as Lee intended, and it’s helped by the fact that in flashbacks, Boseman’s character is the only one depicted as a young man, while his squad members are played by older actors who recall him as he once was. It’s crushing to consider, but Boseman’s legacy will be the incredible body of work he created in just seven years: a catalog of heroic figures similarly frozen in time, to be remembered forever.