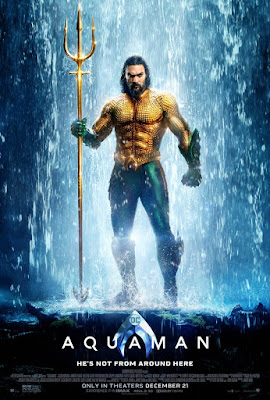 Starting the New Year off in swimming fashion, Warner Bros’ Aquaman has topped The Dark Knight Rises to become the highest-grossing DC Universe title ever at the international box office. Aquaman has now caught $649.3M overseas for an $887.6M worldwide.

The $900M global mark is well within the Trident of Neptune’s grasp today, and $1B is certainly a possibility in the coming weeks, depending on how screens hold offshore. Japan is still to open on February 8. Aided by Aqua, Warner is coming off its best year ever at the overseas and worldwide box office with $3.62B and $5.57B for 2018, respectively.

Including the New Year’s holiday, the James Wan-directed origins story averaged about $16.9M during the midweeks, and added $12.4M yesterday in 79 markets. Since surfing into China on December 7, Aquaman has been on a tear as the No. 1 movie overseas in each of its four frames, but could cede the top spot to Paramount’s Bumblebee this session as that Transformers spinoff is seeing a solid Middle Kingdom start.

Aquaman’s top play was Australia with $16.7M to date & ranking No. 2 last week as DreamWorks Animation’s How To Train Your Dragon: The Hidden World zooms around the market. Germany has now grossed $15.8M while France gave Jason Momoa No. 1 again last week to lift the total to $19.5M. Italy, which opened on January 1, has cumed $4.6M and China is now at $279.4M.