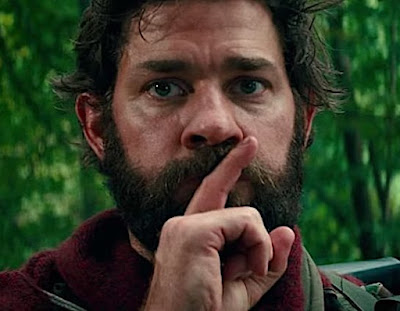 Actor/poducer/directer John Krasinski has confirmed that he is currently at work writing the highly-anticipated sequel to A Quiet Place.


The former The Office star co-wrote, directed and starred in the acclaimed horror film, which also starred Golden Globe-winning actress and Krasinski’s real-life wife Emily Blunt. The mostly dialogue-free movie follows a family who are constantly on the run from murderous extra-terrestrial creatures – meaning that they have to live their lives in almost complete silence due to the beings’ hyper-sensitive hearing, which they use to hunt.

With a release date already put in place for A Quiet Place 2 – May 15, 2020 (mark your calendars) – Krasinski has now given fans an update on the progress of the sequel, confirming that he is currently writing the script for the follow-up film.

“[The studio] heard some pitches [for the sequel], and I told [producer] Andrew Form about this little idea,” Krasinski said during a Q&A at the Silver Screen Theatre in Los Angeles this week. “And he told me to think about it a little longer. And then I thought, ‘This might really work.’ So, I’m currently writing the sequel.”

Krasinski revealed that he had initially been reluctant to return for a sequel, having told the studio: “Just go do the movie with somebody else.”