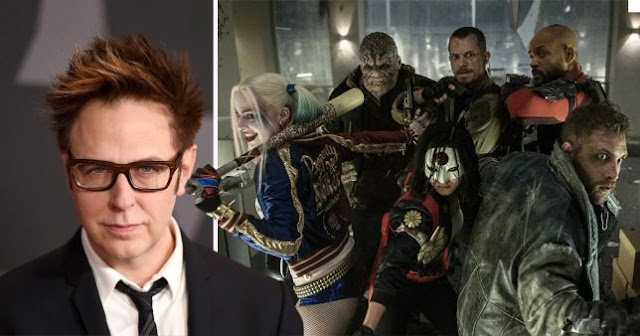 Warner Bros. have announced that James Gunn is planning a ‘completely fresh take’ on Suicide Squad 2, after he was officially attached to the sequel this week.

The former Guardians of the Galaxy director was sacked by Disney in July after a series of controversial tweets allegedly written in the past by Gunn, surfaced online.

This latest update was reported on DC Daily, with Warner Bros. confirming: “It’s official that we have got a new member of the DC family.”

“Acclaimed writer/director James Gunn has been attached to write Suicide Squad 2,” they said. “Gunn is poised to bring a completely fresh take to the franchise after the first film was written and directed by David Ayer.”

Suicide Squad 2 was initially fast-tracked by Warner Bros. following it’s success at the box office but filming has apparently been postponed until 2019, with the Harley Quinn spin-off Birds Of Prey being prioritised by the studio.

Gunn’s appointment swiftly received backing from Dave Bautista, who plays Drax in the hugely popular "Guardians of the Galaxy" series. Bautista previously hit out at Disney for a “smear campaign” behind Gunn’s sacking, and threatened to leave without his involvement.


Little is known how this reboot will take shape and whether the original Suicide Squad cast members Will Smith, Margot Robbie and Jared Leto will be involved.

Suicide Squad received poor reviews but was a blockbuster at the box office, taking in $750 million worldwide. Reviewing the film, NME wrote: “But really, Suicide Squad pretends to be nothing more than a fun, fast, daft, superhero movie, and it absolutely delivers. It’s much like those old comic pages…great to look at, but if you get a bit too close you can see the gaps between the dots.”