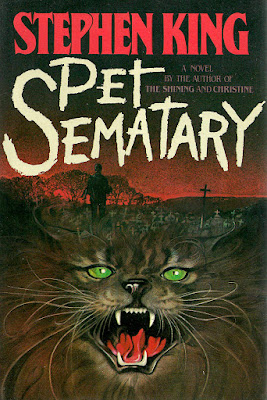 Stephen King’s Pet Sematary was already adapted in 1989 to moderate critical & financial success, but that’s not to say it can’t use a fresh coat of paint, right? In fact, that’s what the folks at Paramount Pictures are thinking, as they’re pushing ahead with a remake of it & they’ve found their leading man.

That would be Jason Clarke, perhaps best known for his roles in Zero Dark Thirty & Terminator Genisys. Here he’ll play the role of Louis Creed. This is definitely a promising start, wouldn’t you say?

For those unfamiliar with Pet Sematary, the story follows the Creed family as they move to a small town which borders a cemetery enabling the buried to return. Head of the family, Louis thinks it’s far better to bring his loved ones back from the dead as murderous simulacra than let them rest in peace – but don’t worry, there’s plenty of interfering supporting characters to impart wisdom.

While specifics on the production are scarce at the moment, admirers of Stephen King’s oeuvre must be concerned that the remake is seemingly being rushed in front of the cameras. True, jumping to conclusions at such an early stage would be a tad premature, but the rebirthing of yet another horror classic once again provokes the question whether any piece of cinema history is sacred these days.

That being said, though Mary Lambert helmed a pretty decent adaptation (at least, Church the cat was awesome) of the novel back in ’89, it did ultimately fail to properly convey the creeping dread of King’s prose. So, we’re willing to watch some fresh talent taking another stab at Pet Sematary and are excited to see how things continue to develop ahead of the film’s April 19, 2019 release.