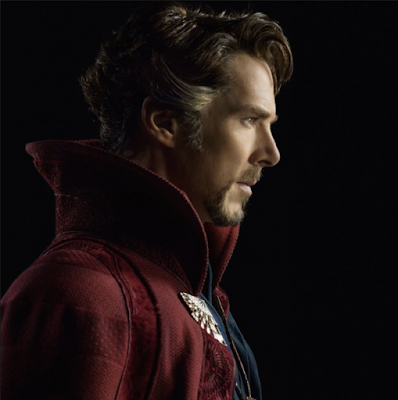 Doctor Strange introduced us to one of the most exciting of the 2nd generation of Avengers in the form of Benedict Cumberbatch’s Master of the Mystic Arts. He continued to entertain in his cameo in Thor: Ragnarok & he's fighting alongside the rest of Earth’s Mightiest Heroes in Avengers: Infinity War. But what’s next for the sorcerer after that? Can we expect a Doctor Strange 2?

When asked this sticky question by Radio Times, Cumberbatch wouldn’t confirm that a sequel is even possible. The actor hinted that he is not contractually obliged to appear in a second standalone film.

“It said at the end of the first film, if I’m right, “Doctor Strange will be back.” I have been back in Thor: Ragnarok and obviously in this film so there is nothing to say, either contractually or otherwise, that he’s coming back again.”

Cumberbatch did an admirable job of making sure he revealed as few spoilers for Infinity War as possible. The star is probably used to it by now, too, after working on multiple high-demand projects like Sherlock and Star Trek. Let’s be honest for though, we all know that Stephen Strange is almost certainly heading into Marvel’s Phase Four.

Likewise, at this point we’ve heard too much about Doctor Strange 2 for it not to happen. Director Scott Derrickson is believed to be returning, while screenwriter C. Robert Cargill has also teased that he would like to include comic book villain Nightmare in a sequel. That said, Marvel chief Kevin Feige has warned that it wouldn’t be coming for a while, so that probably means we shouldn’t expect it until 2020 or 2021.