Antoine Fuqua Back In Talks For New ‘Scarface’ Film 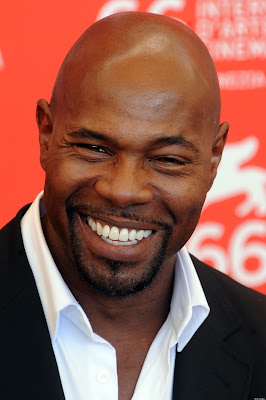 Antoine Fuqua and Universal Pictures are back in conversations about Scarface, a new version of the classic outlaw tale. They are in early talks for Fuqua to direct the film, and things are looking good as the negotiations get underway. Originally dated August 10, 2018, Scarface is now undated as the pieces fall back into place.

Diego Luna was circling the lead role, he's now uncertain due to the changing production timeline, which has resulted in potential scheduling conflicts.

The new film borrows the immigrant rags-to-riches story but presents it in contemporary Los Angeles. The most recent script is by David Ayer, Jonathan Herman and Joel and Ethan Coen. The film will be produced by Dylan Clark through his Dylan Clark Productions. Scott Stuber will be exec producer, and Marty Bregman — producer of the 1983 Scarface film — also will produce.

Fuqua had been the director when this third iteration of the picture first got off the ground, but exited when his schedule got crowded. Ayer stepped in, but his schedule got too tight and he dropped out. Things rekindled and look strong after Fuqua and studio brass met late last week. Looking at his films from Training Day to Equalizer and The Magnificent Seven, Fuqua seems a strong match for the visceral immigrant gangster storyline that was central to both the 1932 and 1983 film versions. The latter was directed by Brian De Palma, written by Oliver Stone and starred Al Pacino. Paul Muni starred in the earlier version.

Fuqua will be ready after completing post on the Equalizer sequel with Denzel Washington. He has remained intrigued with reviving the original. In an interview with Deadline when he helmed The Magnificent Seven, Fuqua explained the appeal of the violence and excess of the criminal underworld that has informed both previous films.

“There are stories about that world that you couldn’t make up,” he said. “Pablo Escobar had animals from Africa and they still don’t know how he got them. Right now they’ve been trying to figure out how to deal with the growing population of what they call cocaine hippos. It’s crazy. Their lives are so over the top, El Chapo and the rest of those guys.

“But how do you make him the icon of icons? Because we have a high bar for movie icons with Al Pacino’s Tony Montana and Michael Corleone. I took Denzel into that world as a cop in Training Day, and that was a world that I know probably way too much about. I know where to go with this. I have met a lot of these cartel dudes and understand their mentality, and this f*cked up version of Robin Hood. I saw it with guys I grew up with. It starts with, I’ve got to do what I’ve got to do to feed my family. Then it turned into, I’ve got to do what I’ve got to do to survive. Then it turned into, I want it all. Your moral compass gets lost in the darkness and excess.”