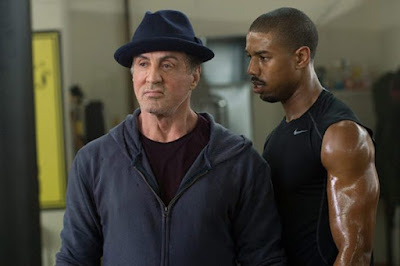 While he’ll reprise his role as the legendary Italian Stallion, Sylvester Stallone will not return to the Rocky franchise as director on the upcoming Creed 2.

In a statement revealed by Entertainment Weekly, Stallone announce that the new ringmaster would be Steven Caple Jr., who will direct from a script co-written by Sly and Luke Cage showrunner Cheo Hodari Coker. The statement read:-

“The character of Adonis Creed reflects this generation and its challenges. I believe it’s important for the director to also be a part of this generation like I was in mine, to make the story as relatable as possible. We are extremely lucky to have the talented young filmmaker Steven Caple Jr. step up and accept the role of director. I am confident that he and Michael B. Jordan will hit it out of the park!”

Creed 2 will star Michael B. Jordan, Sylvester Stallone, Tessa Thompson, and the returning Dolph Lundgren as Ivan Drago. The plot will focus on a match between Drago’s son and Adonis, whose own father died at the gloves of the Soviet slugger in Rocky IV.