Richard Jenkins On The Magic Of ‘The Shape Of Water’, The Glory Of ‘La La Land’, And Why He Loves Going To The Oscars 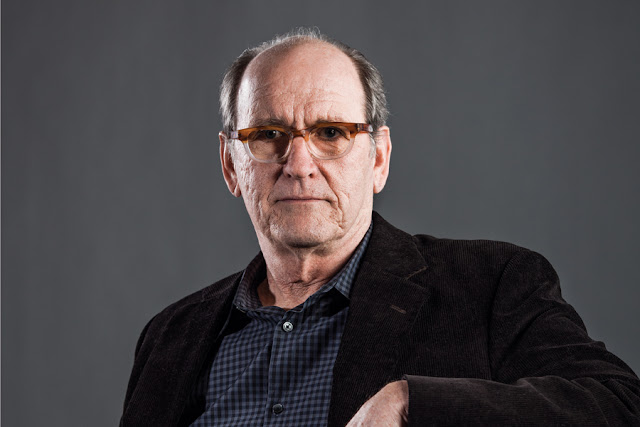 When we sat down to decide which actors to interview for this season’s The Actor’s Side, my Deadline video series dedicated to exploring the art of acting with those at the top of their game, I said No. 1 on the list had to be Richard Jenkins, whose work I have long admired and followed. He dropped by our PMC studios to talk about his journey in this business — a long-gestating career that I suspect is one with which many performers will identify.

Currently he is riding high (again) this awards season with Supporting Actor nominations for playing Giles, the gay movie-watching friend of Elisa in Guillermo del Toro’s magical The Shape of Water. Jenkins has so far hit the pre-Oscar trifecta with nominations for SAG, Golden Globe and Critics’ Choice awards, and I suspect there is another big one in his future.

In our conversation, we talk about how he actually does love going to the Academy Awards and describes the unique thrill of being nominated for a lead role as Best Actor for the extraordinary, and still timely, film The Visitor exactly 10 years ago. Jenkins also charts his path to success in a business he knew he wanted to be in since he was a kid and recounts those many years riding the train from Illinois to play bit roles in New York-based TV shows and films.

At 36 years old he got his big break when a major show business manager signed him, eventually leading to a significant part in The Witches of Eastwick and finally securing an agent. Jenkins talks about working with everyone from the Coen brothers to the Farrelly brothers, his ability to do comedy, the pressures of carrying a movie, why he reads every script hoping his character doesn’t die on the second page, and of course his current work in The Shape of Water as well as a scene-stealing role in Rob Reiner’s LBJ.