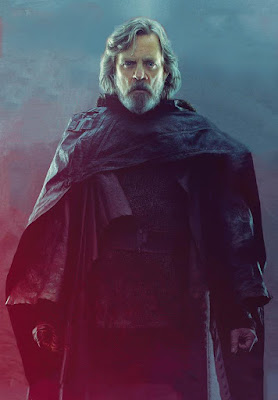 Mark Hamill, who made the Star Wars character Luke Skywalker a movie icon, has been expressing his opinion about the portrayal of the Jedi in Rian Johnson’s The Last Jedi. During interviews for the film, Hamill has said that the Luke in the new installment is not true to that of the original character. He has since been criticized and praised for his comments, but recently took to Twitter to set the record straight.

“I regret voicing my doubts & insecurities in public,” he tweeted. “Creative differences are a common element of any project but usually remain private. All I wanted was to make good movie. I got more than that – [Rian Johnson] made an all-time GREAT one!”

In regards to the new and more weathered Luke (who has obviously been through some tough times), Hamill also said that he wished Johnson would have listened to Star Wars creator George Lucas about the character. “This is the next generation of Star Wars,” Hamill said, “so I almost had to think of another character … but I had to do what Rian wanted me to do because it serves the story well, … I still haven’t accepted it completely.”

In another interview, Hamill said he understands the Luke character’s “regret at being wrong about who the chosen one was,” which in Star Wars: The Force Awakens resulted in him living in self-imposed exile. But, he said, Luke’s dialogue about the Jedi in the new film is something he believes Luke never would say. So he had to figure out “what could have happened that would make the most hopeful, optimistic character end up in this dark place.”

Despite his reservations, Hamill continued to praise Johnson for his work on the film. The portrayal of Luke in The Last Jedi has been divisive among fans. In addition, there have been many strong opinions that stem from audience reviews vs. critic reviews. Even so, the box office is still growing for Episode VIII of the franchise.