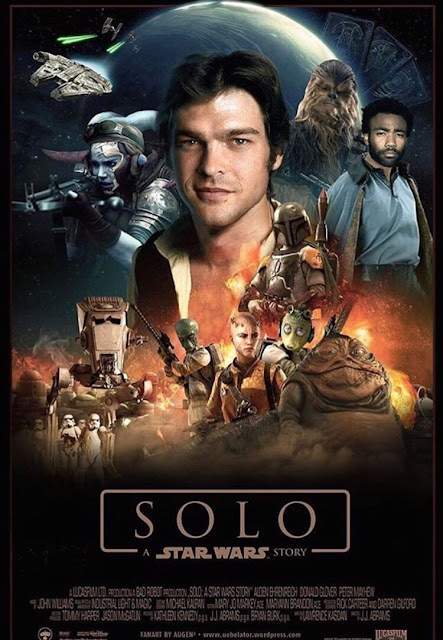 The title has been confirmed for the upcoming Star Wars Han Solo spin-off movie.

Ron Howard recently took over as director from Christopher Miller and Phil Lord and has now confirmed in a video posted to Twitter that the film will go by the name Solo: A Star Wars Story.

It was recently claimed that original directors Lord and Miller were let go for turning the classic franchise character into one more akin to Jim Carrey’s Ace Ventura.

However, a Star Wars fansite later claimed that the directors’ “screwball comedy angle” was “starting to interfere with what the character of Han Solo is really about”.

Alden Ehrenreich’s portrayal of a young Han Solo was described in the report as being “oddly comparable to Jim Carrey’s performance in Ace Ventura at times”.

It was further claimed that lead star Ehrenreich “let his concerns be known to one of the producers, who then told Kennedy about it, which led to her decision to look over the existing footage.”