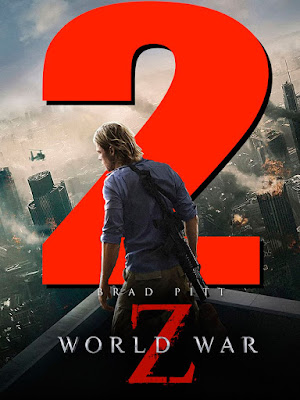 Academy Award nominee David Fincher is currently riding the very positive wave of his exceptionally good Netflix series Mindhunter – but that doesn’t distract from the fact that fans of 2013’s World War Z have been holding out hope that he’ll direct World War Z 2 ever since J.A. Bayona departed. The sequel has been on the radar since audiences paid handsomely to see Brad Pitt try to resolve a zombie apocalypse for director Marc Forster. But, Fincher is a long time collaborator of Pitt’s, and filmgoers are keen to see them re-team for round two of the zombie conflict.

In a recent interview with Collider about his upcoming slate of projects – including Mindhunter, and an apparently doomed television show for HBO titled Utopia – the director made some comments about World War Z 2 that will undoubtedly cause the ears of fans to prick up.

This is interesting for three reasons. Firstly, it confirms that David Fincher is indeed still actively working on World War Z 2 – despite there having been no public news about the sequel for some time. Secondly, though the filmmaker is continuing to chip away at it, it’s by no means a ‘done deal.’ The likelihood of it heading into production with Fincher at the helm clearly depends upon the studio’s response to the work he and his writer are doing on the script – which they hope will provide “a reason to make a movie.”

Lastly, and most importantly, Fincher says that he’s been working for a year now with Dennis Kelly on the screenplay for World War Z 2. Kelly’s the writer of the HBO television show – Utopia – that Fincher also refers to here. That series was apparently cancelled at the last minute due to budgeting issues resulting from the director’s desire to create something on the small screen to rival tentpole releases in theatres. So, while we know that an early draft of World War Z 2 had been delivered by Steven Knight (creator of Peaky Blinders), it seems that it’s now getting a fresh coat of paint courtesy of Kelly and Fincher.