Orlando Bloom Says "Pirates of the Caribbean: Dead Men Tell No Tales" is Going Back To Basics 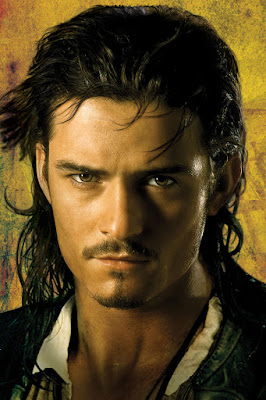 "Pirates of the Caribbean: Dead Men Tell No Tales" is on the horizon and there's a chance it's actually going to be good.

Orlando Bloom assured us we'll be seeing something of a return to form, with the new movie resembling the first Pirates film.

"I've seen the movie and it's fantastic," he said. "For a lot of people, the first movie is their favourite and they wanted to bring the film back into line with that. So the narrative is similar. They didn't overload the special effects.

"When you're seeing some of these action set- pieces, they actually got filmed, people were actually there doing that, as it was in Pirates 1, 2, and 3, that I was involved in.

"I was inside the water wheel as it was running down the hill [in Pirates of the Caribbean: Dead Man's Chest], I was on top of it on a wire, all that stuff was real. "It was totally nuts but really cool that they did it like that, and they've done it like that again.

"In the world of film-making that's an extremely expensive thing to do. A lot of stuff, some of the tentpole movies, you can feel like you're looking at actors in front of a blue screen. A lot of talented artists and visual FX specialists are doing a lot of the stuff in the background. 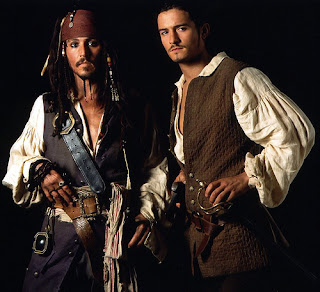 "I think there's a space for everything, but what I love about this film is that it's a throwback to the first and it's authentic like that."

Bloom said that he's not in the film a massive amount and instead is setting his son (played by Brenton Thwaites) off on his own journey.

"He was very sweet, he wanted to hear the anecdotes of the time we spent and I think he felt really good about being a part of something that has such a legacy behind it," Bloom said.

Right now, you can watch Bloom take on a smaller-scale, grittier movie with Unlocked, where he stars opposite Noomi Rapace – she's a counter terrorism agent and he's a guy who tries to rob her (though he's got a dark secret).

"He's this sort of hired gun, this sort of ne'er-do-well, rough around the edges," the actor explained. "I sort of imagine him as ex-military but he was probably kicked out for all the wrong reasons."

It's directed by Michael Apted, who made Bond movie The World Is Not Enough, though Unlocked feels closer to a Jason Bourne movie.

"This is a like a female Bourne," said Bloom. "It's a strong powerful role that Noomi plays and I was super happy to support her in that and I thought the movie was a great role for a powerful female."
So would Bloom like to see a female Bond?

"Yeah, I'm all for strong women," he said. 'We're living in a world today where people are open to all of that."

Unlocked is in cinemas now.